the Good Sugar vs. the Bad Sugar for Weight Loss 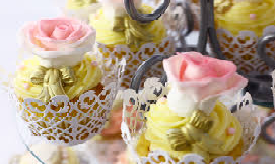 Some people think that glucose, which is a form of sugar, must make people fat. As a matter of fact, the exact opposite can be true: it can suppress appetite. And according to this* study in the Proceedings of National Academy of Sciences, it is actually the “evil” twin brother fructose responsible for enticing never satisfied food desire.

The underlying reason is quite simple: the brain normally depends on glucose as its only source of energy. When we ingest fructose, it does not satisfy our brain’s energy needs, and our brain will keep prompting us to eat more.

Sucrose, or table sugar, is composed equally of fructose and glucose. So only half of the sugar most commonly added to food contributes to the brain’s energy needs. It also takes enzymes, time, and energy to break down sucrose into its constituent parts. So, sucrose, like fructose, is not nearly as appetite suppressing as ingesting glucose.

In contrast, the glucose in ChewFull readily diffuses into blood and circulates to the brain without requiring digestion, enzymes and energy to break it down into a usable energy source by the brain. By providing glucose to the brain before and during a meal, ChewFull immediately goes to work, satisfying our appetite by creating a feeling of fullness sooner than if we eat other sugars or only normal foods alone.

The non-nutritive sweeteners are also proved the brain feedback system of appetite and weight control. According to Dr. Frank Domino, family physician and Professor in the Department of Family Medicine and Community Health at the University of Massachusetts Medical School, and Dr. Susan Feeney, Assistant Professor and Coordinator of the Family Nurse Practitioner Program at the University of Massachusetts’ Medical School’s Graduate School of Nursing, those non-nutritive sweeteners in “diet” soda drinks, “all show that using them actually increase BMI”.