The FDA’s advisory board is considering to approve the Biogen’s Aducanumab for Alzheimer’s therapy, again, after years “reorganizing” the clinical data.

One says the possible mechanism is to help open the canal for garbage plaque to leave the brain, different from the other explanation such as of Eli Lily’s.

According to the prediction of Free Energy and Memory Protein Stability theory, just let the plaque proteins leave the brain, one can’t stop the memory protein loss. Thus Aducanumab will not stop the deterioration of early and middle stage Alzheimer’s disease. 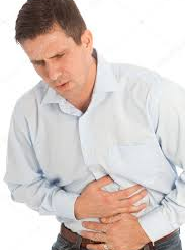 What are the differences between IBS (irritable bowel syndrome) and IBD?

What are the differences between IBS (irritable bowel syndrome) and IBD (inflammatory bowel disease)?
IBSshield helps! 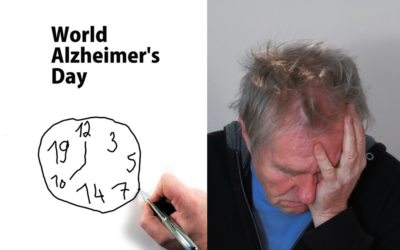 Why early and middle stage AD patients are not afford to wait?

Not just because researches showed AD is caused by deprivation of glucose in brain (such as 1-31-2017 Temple Univ.), clinically many AD patients also show symptoms of overnight low glucose in brain: typically, nightmares, night sweats, and hallucinations. Especially during middle stage Alzheimer’s while some patients exhibit higher frequency of symptoms (about twice weekly). That period usually does not last very long ranging from a couple of months up to a year. Passing that critical period, those Alzheimer’s patients could advance to severe stage of AD, when patients typically lose their dignity and independence as described in Johns Hopkins Medicine (www.hopkinsmedicine.org). The underlying cause is explained as recurrent severe deprivation of glucose in brain breaks down memory structures and diminish enzyme activities, which in return triggers hormonal rescue mechanism to stimulate liver to generate sudden over flow of glucose into brain. These lack of glucose then causing spike of glucose roller coaster may eventually “kills” the brain, and make higher glucose content in the end stage of AD.

Thus a smooth supply of glucose during late night sleep is very critical if you or your loved ones experience those symptoms, since important REM sleep cycles requires higher level energy supply in brain to support memory function during this period!

Is glucose good or bad for Alzheimer’s?

Many recent years clinical and research results show deprivation of glucose in brain causing early stage Alzheimer’s disease, such as the study published on 1-31-2017 by the researchers in the medical school of Temple University. However, some study results may cause confusions without expertise analysis. For example, Yang and colleagues published an article “Evidence for brain glucose dysregulation in Alzheimer’s disease (Alzheimer’s & Dementia 14, 2018). This study correlated higher glucose level and diminished activity of glycolysis enzyme found in deceased AD patients. It ignored the clinical symptoms of nightmares, night sweats, and hallucinations that exist in most early stage AD patients. Those symptoms are typical of nocturnal hypoglycemia trigged rebound through hormonal rescue mechanism. It also ignored their own data that showed fasting glucose level correlation and failed to relate typical causing facts of Somogyi effect. Their conclusion should have emphasized the importance of early intervention of AD patients with timed supply of glucose at bedtime, instead of puzzling suggestion of higher glucose level causing the disease.

Thus, clinicians and caregivers should concentrate on their own knowledge on symptoms of AD patients, otherwise it can be misled by some studies.

the Good Sugar vs. the Bad Sugar for Weight Loss

Some people think that glucose, which is a form of sugar, must make people fat. As a matter of fact, the exact opposite can be true: it can suppress appetite. And according to this* study in the Proceedings of National Academy of Sciences, it is actually the “evil” twin brother fructose responsible for enticing never satisfied food desire.

The underlying reason is quite simple: the brain normally depends on glucose as its only source of energy. When we ingest fructose, it does not satisfy our brain’s energy needs, and our brain will keep prompting us to eat more.

Sucrose, or table sugar, is composed equally of fructose and glucose. So only half of the sugar most commonly added to food contributes to the brain’s energy needs. It also takes enzymes, time, and energy to break down sucrose into its constituent parts. So, sucrose, like fructose, is not nearly as appetite suppressing as ingesting glucose.

In contrast, the glucose in ChewFull readily diffuses into blood and circulates to the brain without requiring digestion, enzymes and energy to break it down into a usable energy source by the brain. By providing glucose to the brain before and during a meal, ChewFull immediately goes to work, sating our appetite by creating a feeling of fullness sooner than if we eat other sugars or only normal foods alone.

Weight loss Mystery #1: Should I drink iced tea or hot tea? Hot tea!!! Yes, iced tea will give your brain the wrong message of preserving extra energy resource and building extra insulation (fat). If someone tells you to drink iced tea to lose weight owing to fewer calories, they are treating you like a dead body! A normal human body is full of feedback mechanisms in the central nerve system (CNS). The next time you go to a restaurant, do not drink too much of that free ice water! During pre-refrigerator era, not many people could access to ice besides winter, so you would not see many overweight people in old films or pictures. Mayor Michael Bloomberg’s 2013 “New York City soft drink size limit rule” could be replaced with an “ice limit rule” for less opposition and more effective to control obesity.
Weight Loss Mystery #2: How do I avoid the weight loss roller coaster? Regaining weight after losing it is common and very disappointing! Along with making long-term, sustainable changes to your eating and exercise routines, we recommend: 1). take 0.5 – 2 tabs of ChewFull right before your main meal daily to control your appetite and avoid over-eating; 2). taking 1-2 caplets of BrainGlucose at bedtime. A smooth and steady blood sugar level during the nighttime can calm your brain so that you do not crave calories during the day.