THIS SECTION CONTROLS SOME CODE – EDIT AREA BELOW 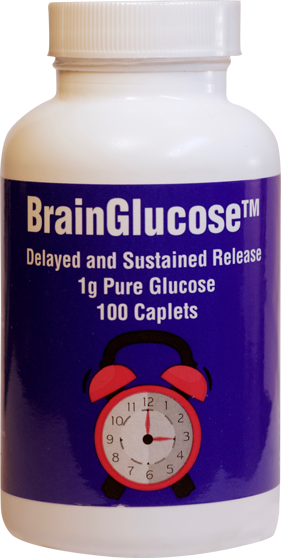 Delayed and Sustained Release Glucose, take at bedtime for a good night’s sleep.

THIS SECTION CONTROLS SOME CODE – EDIT AREA BELOW

Free shipping and handling in USA.

Delayed and Sustained Release Glucose, take at bedtime for a good night’s sleep.

For the latest news on Alzheimer’s therapy, please visit www.ablecerebral.com

2. Jane, was diagnosed with Alzheimers in 2014 at age 72 and has since taken the same daily dose of Donepezil.

During 2017, both patients’ spouses noticed their partner suffering increasing nightmares and nighttime hallucinations—typical of middle stage Alzheimers. Their sleeplessness after midnight made their days miserable, too.

1. Hugh’s wife tried BrainGlucose , which her daughter found on Amazon. Hugh took it daily at bedtime. His nightmares and hallucinations stopped and he recovered his daytime energy. Now, in 2021, Hugh still accompanies his wife for  shopping.

2. Jane’s family never heard of BrainGlucose. Within a few months, her Alzheimers progressed to late stage without any independent functions. Her husband struggling to meet her increasingly unbearable 24/7 caring needs. Eventually she was placed in a memory home in late 2017.

What is the difference between BrainGlucose and Biogen’s Aduhelm?

What is so special about BrainGlucoseTM

BrainGlucoseTM has been loved by customers on amazon.com since 2013.

BrainGlucoseTM uses patented technologies to deliver brain energy nutrient glucose in a timed manner. BrainGlucose is also safe and permitted by US FDA as in class of foods / medical foods.

1. Like a ticking time bomb, many Alzheimer’s patients end up suffering from nightmares, night sweats, or early morning hallucinations at least once a week. BrainGlucose is the only proved savior for them! Without it, patients will deteriorate to severe stage AD and lose basic freedom and dignity, which puts a lot of stress on family members and caregivers!

Absolutely not! 1-2 caplets only equals the blood sugar of 1/5 of a slice of bread!

Provide ready energy nutrition for patients undergoing chemotherapy for a better sleep. Glucose is the only natural energy that can diffuse into blood circulation without needing enzyme digestion for the brain, even your GI track lining is compromised by Chemo agents.

Start with taking 2-3 caplets for diabetes, Chemo therapy, and other patients for prevention of nocturnal  hypoglycemia.

For more technical details, please see the About, Q&A, Blog pages, and our company website www.ablecerebral.com.

Our products are patented, any websites other than U.S. amazon.com in English offering BrainGlucose or 4AmGlucose are fraudulent and may face legal actions.

“My 83 year old father was diagnosed with Alzheimer’s a few years ago. Towards the end of 2016, he started developing nightmares and waking up with hallucinations at least once a week. He lost energy and was very miserable during the daytime. I was introduced by a friend for him to try BrainGlucose tablets. Since February 2017, he has been free of those symptoms, and my mom said he has recovered to his earlier level in 2016. He is energetic now during the daytime and recommends BrainGlcuose to some of his old friends.”
Dr. M (June. 2017)

Professor in a public university in USA

“I was diagnosed Alzheimer’s disease three years ago (my late father and older brother are also AD patients) and started taking Donepezil. I had nightmares and night sweats about once a week. I have been on BrainGlucose since September 2016. I never had those problems since then. And funny thing is, I also started to have normal dreams which I missed for many many years.”
Jean (Sept. 2016)

“My 75 years young wife Jane was diagnosed Alzheimer’s disease three years ago. Starting the fall of 2015 she developed nightmares overnight. The nightmares became more frequent and she had more hallucinations in the early morning as well. Very quickly I found myself no longer be able to take care of her since she did not recognize me and lost most of her routines to take care herself. I had to send her to the memory home in the town. I wish I had known the BrainGlucose earlier.”
Mr. N (Oct. 2017)

Husband of an AD patient Jane in Pennsylvania

*These cases are as part of the report presented on the Alzheimer’s Association of International Conference (AAIC) 2017 in London, England. There is no guarantee of effectiveness for cure of all AD diseases. Individual variations of each patient should be always in consideration.